How to Get Funding for Your Game Development Project 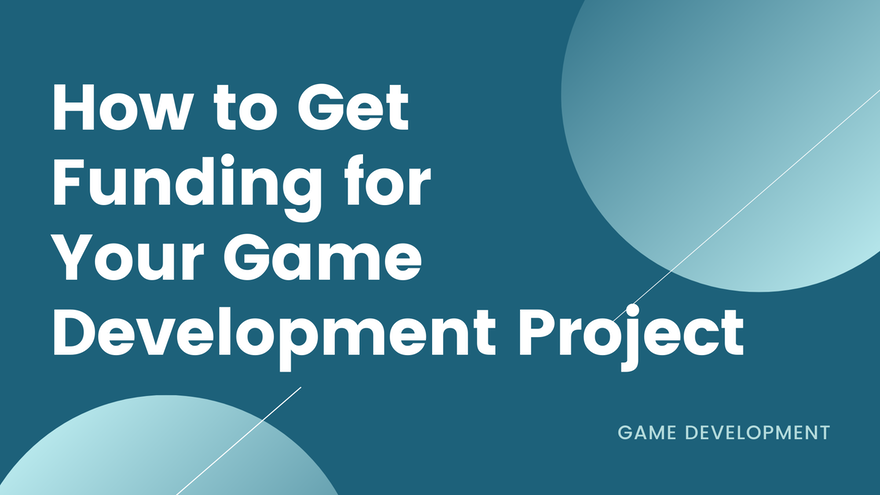 How to Get Funding for Your Game Development Project

Building a game, particularly a live, multiplayer game, is a lot of work. Once you have your idea hammered out, you’re likely going to need at least a small team to transform that idea into a reality. Though partners like Beamable can help you by providing tools and advice, you may need to secure funding to bring the completed game to market and support user acquisition.

In this article, we will discuss a variety of funding strategies, offer tips for maximizing your chances of securing funding, and let you know how Beamable can help.

Funding Strategies, How to Leverage Them Effectively, & Factors to Consider When Choosing a Funding Option

Self-funding is the most obvious and common strategy used by indie game developers. This money often comes from your personal assets but may also include friends, family, contract work, or side hustle.

If you plan to quit your day job and work on your game full time, you should have enough money to cover between 12 and 16 months of living expenses for yourself and your team. As such, many indie developers choose to work on their games part-time, including nights, weekends, and every spare minute of the day. For most of us, we’re turning our passion into a vocation.

Should you choose to take on part-time or contract work to fund your game, you will need to be ruthless about time management. When you choose to bootstrap a game studio, you are running your own business, so it is up to you to make sure you are setting aside adequate time and resources to achieve your goals.

However, If you love what you do and don’t mind living frugally while you work to achieve your dreams, bootstrapping your game can be a great route that offers incredible flexibility. Both Temple Run and Flappy Bird were bootstrapped and became incredibly successful. Temple Run has been downloaded more than 70 million times, while Flappy Bird was downloaded more than 50 million times between when it was launched in 2-13 and January of 2014.

Two other highly successful games from small indie developers that took the bootstrapping route are Valheim and Fall Guys. Valheim sold five million copies since in its first month, making it the fourth most-played Steam game of all time. Fall Guys has seen similar resounding success, reaching over 11 million sales on Steam and taking the crown as the single most downloaded PS Plus game of all time.

Crowdfunding can be a great source of funds, but it can be incredibly difficult to get noticed. To make sure you stand out on platforms such as Kickstarter and Indiegogo, you should have a compelling concept that is quickly and effectively summed up in a visual teaser or trailer.

Kickstarter, in particular, is incredibly competitive, but Anya Combs (Kickstarter’s Director of Games) has put together a handy guide to help you put your best foot forward.

Patreon can be a good option for smaller projects where you want to build a community iteratively as you generate content around the development process to allow other budding game developers and future players follow your journey and support your progress.

Crowdfunding is difficult, and your chances of success are greatly improved if you go in with a strong audience before unveiling your product. Getting players invested in a finished game is difficult enough, but for the crowdfunding model, you need to attract players before you’ve even started developing your game.

The project funding model involves finding a game publisher to pay for your development costs, usually as an advance against future revenue from your game. Under this model, once your game launches, you reimburse the publisher for these costs, along with any additional costs such as localization testing, promotion fees, and marketing. Even once these expenses are covered, your agreement with the game publisher will likely require you to hand over a share of all additional ongoing revenue going forward. Though in some cases, this may be for a set number of years, it may be in perpetuity.

In most cases, game developers retain their intellectual property rights to both the game and its assets under this model, allowing them to create as many sequels or spinoffs as they please. These additional games are also not subject to the revenue-sharing model of the original game.

If you do choose this route, be aware that you may not qualify for all funds. Some project funds, such as Humble Game’s Black Game Developer Fund, are set aside for marginalized and underrepresented groups. Doing your research into the funds you are interested in and making sure you and your team meet all qualifications can help you use your time and energy more effectively by allowing you to focus on project funds that are more likely to offer you funding.

Having a game publisher can add significant value to the entire game development lifecycle, such as helping you market the game and attract players, but it does involve compromise. This route is best for developers who understand, and are okay with, the compromises they’re making and are willing to trade some long-term rewards for upfront cash.

Many countries offer grant funding or tax relief to support indie game developers. While what funding you qualify for will ultimately depend on where you live, we’ve compiled a short list of currently available grants to get you started:

If you are interested in getting funding via tax credits or other tax relief efforts, we suggest speaking to a tax professional such as an accountant. A tax professional will have up-to-date information and may know about additional tax credits you may not be aware of.

For more information about getting VC (venture capital) funding, please read our guide: How to Find Venture Capital for your Indie Game.

Cast a Wide Net & Ask Around

When it comes to securing funding, you should cast a wide net and explore as many funding sources as possible. While you may be able to secure enough funding from a single source to cover all of your costs (including any unexpected expenses), you will likely need to draw on funding from multiple sources.

It is also always a good idea to reach out to the wider gaming community for additional information. Experienced game developers are often more than happy to point aspiring developers in the right direction and offer practical advice.

Regardless of what route or routes you choose to take to secure funding, there are a few things you can do to make sure you are putting your best foot forward and showcasing your game effectively.

Leverage Your Past Successes If You’ve Got Them

Proven developers with a successful development track record are often able to leverage their prior experience to gain funding during the formative stages of their companies and titles. However, this route is only available if you have at least one other successful game on the market.

A potential workaround for newer developers is to bring a seasoned game developer on as an advisor to your company. A strong advisor or advisory panel can help make introductions to investors, builds credibility in your venture, and provides investors with a level of confidence that may increase the likelihood of funding.

For most game developers, the key to unlocking funding is to build a compelling prototype. Make sure you include a sample user interface that demonstrates your vision and instills funding sources with the confidence that your team has the necessary skills to transform your idea into a fully functional, successful game.

Create a Clever Business Model for Your Game

Having a clever business model for your game is a great way to stand out from the crowd. For example, you might want to consider a new strategy that makes it easy for existing players to invite friends and family to join in the fun, either as valued teammates or friendly rivals. Building player acquisition right into your gameplay mechanics not only encourages players to invite others but makes those initiations seem less intrusive by seamlessly incorporating them into your game via the storyline or other creative elements.

Keeping player acquisition top of mind right from the start of the development process is a great way to keep costs low (you don’t have to spend as much on advertising) and rapid growth, driving revenue and profits.

In a recent article1, we discussed why live events are a great way to attract and retain players. In 2020, Fortnite’s Travis Scott concert (which drew 12 million live, in-game viewers and has been viewed 77 million times on his YouTube channel) caused the live-events trend to explode. Games that can move beyond the basics of gameplay in a novel and creative way are capable of causing a rippling cultural effect that’s very enticing to investors.

Another creative business model, which went mainstream five years ago when Pokémon GO debuted, is AR (augmented reality) games. As of March 19, 2021, Pokémon GO has accumulated more than 1 billion lifetime downloads, 500 million of which occurred in the first quarter it was released. In 2020, Pokémon GO was one of the top free-to-play 9FTP) gaming titles worldwide, generating $1.92 billion in revenue that year alone.

In addition to providing Unity editor support, as well as identity management, social, economy, and messaging tools, as well as analytics, our team of experts is also able to offer practical, actionable advice to get you from concept to fully functional game.

Savvy investors understand how hard it is to find engineering talent, which is why many small development studios choose to partner with us: With Beamable, you and your team can focus on the storylines and gameplay, while our experts and platform seamlessly will handle your game ops.

Partner with a Proven Platform

Seasoned investors also know that building a live, multi-player game with a complex economy is incredibly challenging. By partnering with a proven platform like Beamable, you can gain investor’s confidence in a scalable, affordable solution.

Got a Great Idea for a Game? Show it off at Our Party Jam!

Have you got a unique idea for a game? We want to see what you’ve got! Beamable, Amazon Game Tech, and Game Jolt are hosting a Party Jam virtual game jam event, which runs from June 21, 20201 to July 1, 2021.

Three winning games will win both cash prizes and publishing consideration from Game Jolt, and a playthrough of their game will be live-streamed on Twitch!

To get started, simply:

Are you ready to start turning your creative game idea into a reality? Beamable is always free to use during development! Get your free trial today!

Missed out on our 2021 Party Jam? Search for upcoming game jams here!