Ship your game fast, and finish the game with LiveOps

Ship your game fast, and finish the game with LiveOps

So you’ve developed and launched a fantastic game. You created the concept, designed the mechanics, and even thought about funding and monetization. Your work isn’t over yet. It only gets started once you’ve officially launched!

There are many dynamic elements that come into play once you’ve launched your game. These include business intelligence, segmentation, customer service, constant updates, and a lot more. In order to ensure player retention for your games, you must constantly update, optimize, and adjust the game throughout its lifetime in order to remain relevant.

One option to do all of this without any hassle is by utilizing LiveOps!

In the simplest terms, live operations, or LiveOps, are any changes that can be made to a game without having to release a new version – these can include changes in gameplay, design elements, or characters.

LiveOps is all about continuous interaction and improvement over the long term while cutting down on cost as much as possible. Practicing LiveOps allows you to ship your game fast, and make the final changes and modifications to the live game so that your game continuously attracts more players.

Any player downloading your game will go through an entire lifecycle, that will depend on the type of game, and particularly whether it’s a product or a service. 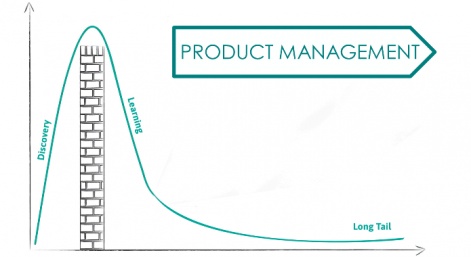 In case of a product, generally, the focus is on getting as many players over the barriers to install during launch and then managing the longtail of additional users over time. 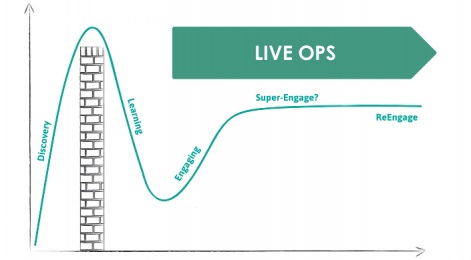 For a service, on the other hand, the focus is on building up value for existing players and then transforming it to match their growing needs. It’s about the longevity for the players, rather than about a fleeting moment.

When players discover any game-as-a-service, they find reasons to stick like napalm. It creates a sense of anticipation, a fear of missing out. However, getting a player to stay is as much about the player learning how that game becomes a part of their daily routine as it is about helping them learn the controls of your game.

Utilizing LiveOps requires an understanding of what it takes to activate a player who has discovered your game, and then what it takes to engage them further. It means finding the right triggers for players to spend time on the game, and driving those players into longer sessions.

It also means understanding what the definition of engaging could be for different cohorts of players, and how that can be used to inspire the community to engage with your game.

LiveOps is about players

LiveOps motivates game developers to think of their players as a community; a complex group of people having an ever-evolving relationship with the game and with each other. LiveOps works on complex impulses like a desire for new skills, more autonomy, deeper relationships, and more. Since the goal of LiveOps is to increase the longevity of the game, the developers must consider how the game will fit into their players’ lives well beyond just a singular entertainment experience.

LiveOps is about game design and direction

Games-as-a-product tend to be developer-centric. They seek to bring forth a developer’s perspective, their story, and their crafted experiences. LiveOps games on the other hand are focused on what the player wants and constantly aim to find opportunities to offer more to the players. That by no means implies that LiveOps games lack design direction. In fact, they have even clearer design direction as they’re constantly navigating the gap between what players say they want and what’s possible in the game’s core loop and evolving game economy. The priority in LiveOps games is shifted though towards player satisfaction which is quite different than the design of premium games.

LiveOps about experimentation and iteration

LiveOps is an iterative game development process. The community of gamers is ever-changing and ever-evolving, as a result of that, LiveOps games are also ever-evolving – they’re never completed. Therefore, LiveOps games focus on relentless experimentation through frequent game updates that test hypotheses about player behavior and evaluate the results with data. This necessitates the ability to push content and other changes frequently. LiveOps games are also often developed as modular and independent feature-wise, so that iteration is easy.

The Future is LiveOps

The LiveOps approach is fairly new but has proven to be invaluable in creating games that engage and retain players for years. In the coming years, it is expected that more and more developers will take a LiveOps approach to ship quickly, and iterate the game toward success with direct player input, analytics, and continuous content creation.

If you want to know more about implementing LiveOps for your game, reach out to Beamable! Our low/no-code platform offers LiveOps web-based tooling to manage and schedule content whenever you want! Check us out today!