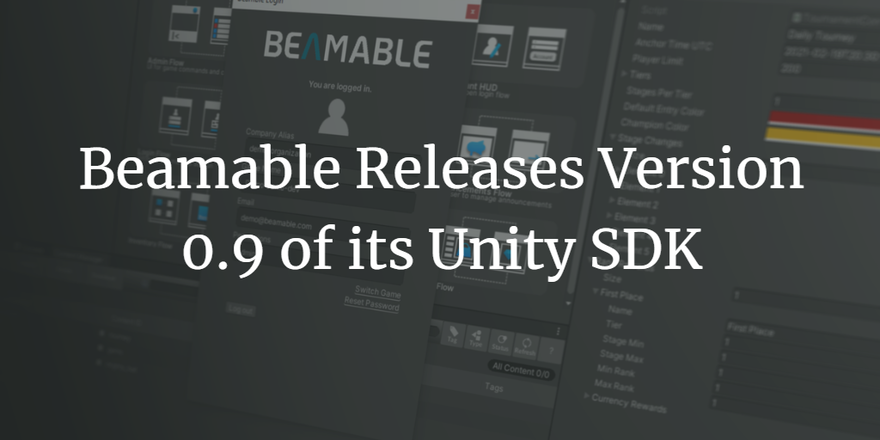 Beamable is excited to announce version 0.9 of the Unity SDK. It is packed with a number of new features and enhancements and comes on the tail of the March Server Release.

If you are new to Beamable, you can grab the SDK by signing up to develop on Beamable for free.

If you are an existing customer, you can just right to the migration guide.

Here are the comprehensive release notes!

The Beamable tools provided for the Unity Editor environment have seen substantial improvements in terms of workflow, developer experience, and feature set. They have also received a visual makeover to better blend in with the Unity Editor.

For many developers, the toolbox is their first contact with the Beamable-Unity experience. It has also sustained a visual makeover, as well as centralizing a lot of the key functionality.

Configuring the behavior of the SDK, including of the prefabs, used to be a fragmented experience where you had to directly edit scriptable objects in your project hierarchy. This has now all been centralized within the Unity Project Settings:

Group Donations allows players of the same group/guild to donate currency to each other. A group member publishes a request for currency, and other players may contribute an amount up to a maximum. Donation requests also have a cooldown, which ensures that group members do not spam requests. Developers can specify what donations are allowed, as well as a variety of other constraints via Donations content.

Developers can now define VIP Programs that entitle players to bonuses when they receive specific currencies. In a nutshell, VIP programs are defined as Content and track their progression via a designated currency (e.g. VIP points). Developers can then define multiple VIP Tiers, which players can qualify into (and disqualify from) based on specific thresholds. These Tiers in turn entitle players to multipliers on currencies they receive (e.g. 10% more). The VIP feature is automatically integrated with Inventory and Commerce/Offers.

We’ve introduced the ability to organize your game into a hierarchy of realms, each representing a distinct environment. Content and microservices can be copied/promoted from one realm to another. This way, each developer works in their own realm, and when they are ready can push their content to another realm (e.g. ci, staging) or pull content into their current realm. This has the added benefit of enabling producers to own the promotion of content deployments up to production.

As this is a major version update, there are some breaking changes that may lead to incompatibility with projects using the previous 0.0.x versions, or clients that are live with that version. See migration guide here: https://docs.beamable.com/v0.9.0/docs/migration-001-090

The 0.9.0 is a new generation of the package — this is reflected in the fact that the package has a new identifier. Its content has also seen a substantial refactor in terms of code namespaces. This was a necessary step to sanitize the codebase, ensure that code could be shared with C# Microservices, and make it more intuitive to find what you’re looking for.

The 0.9.0 package version features a potentially breaking change on how content refs get serialized which may affect those of you who:

Content deployed via the Unity Editor content manager using the 0.9.0 version will write content references to Beamable in a way that is not backward-compatible with 0.0.x builds. Builds made with the 0.9.0 package, however, can consume content in both the old serialization format as well as the new format.

We recognize this may not be a trivial change for some games, as it would require a force upgrade to a client built with 0.9.0. For those of you for whom it is prohibitive but still want to adopt 0.9.0, you can restore the original serialization format by adding the following compilation flag to your Unity Scripting Define Symbols: BEAMABLE_LEGACY_CONTENT_REFS

This upgrade is a massive step forward for Beamable and our customers. If you have any questions or concerns about migration, our team is standing by via email and on Discord to help you with anything you need. 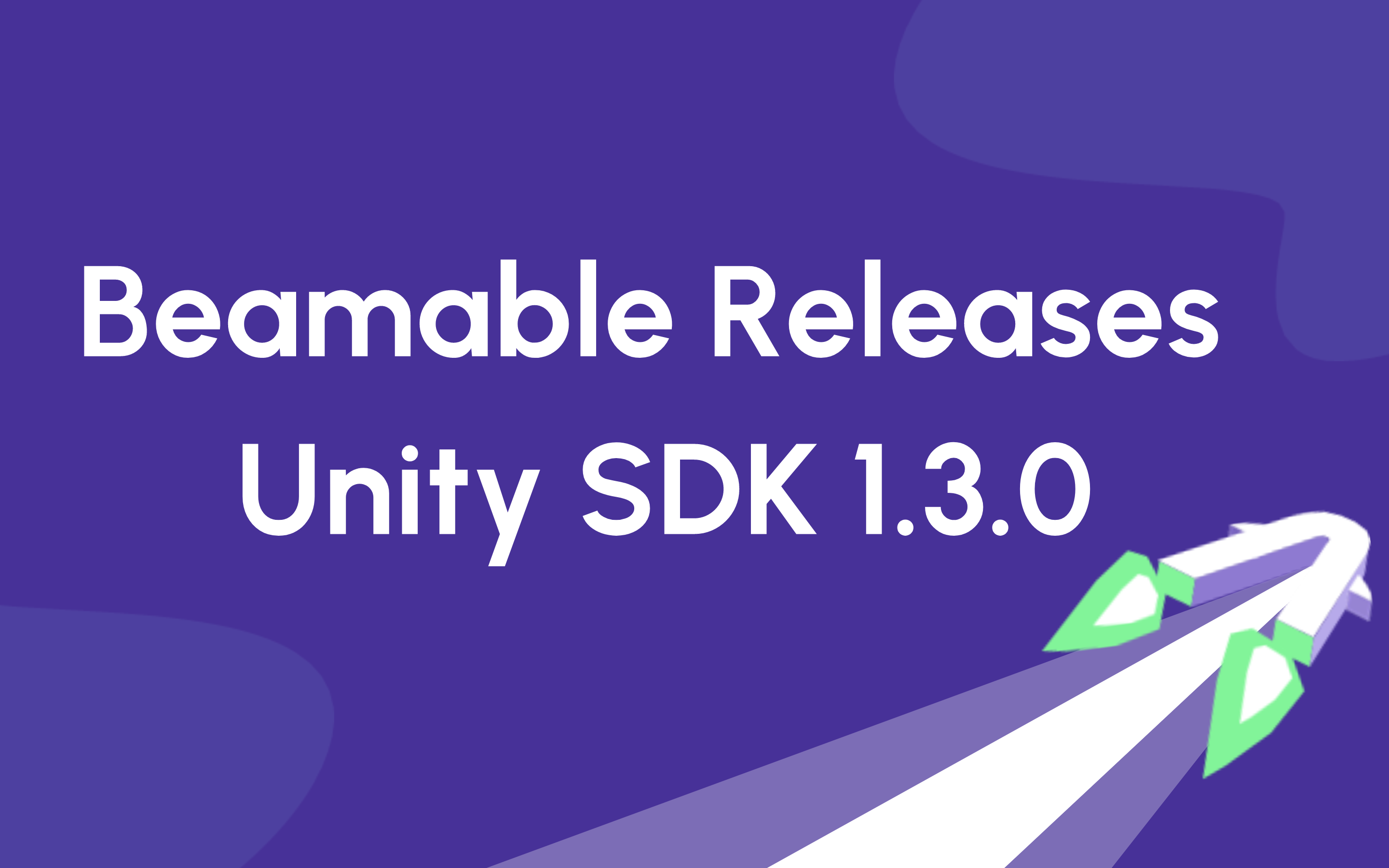 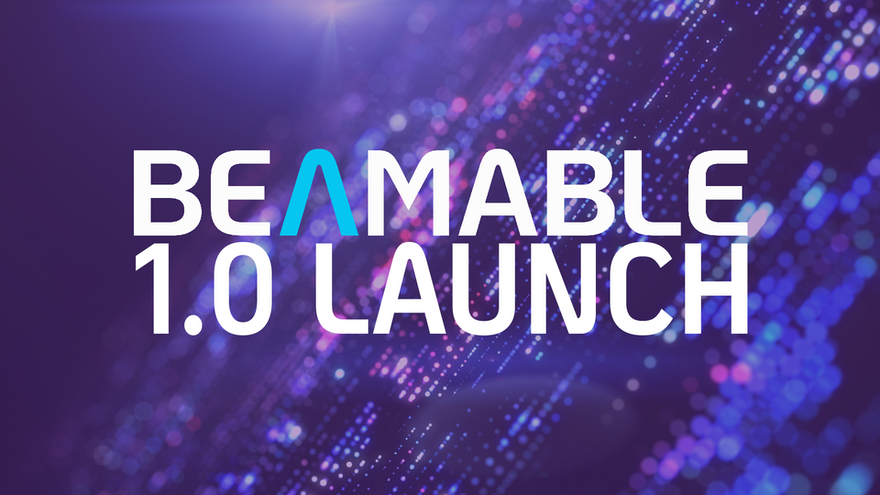